The Remarkable Origin of the Famous Swan Lake Story If the Irish myth of King Lir seems strangely familiar,
It’s because the Swan Lake ballet story was based on it.

Once upon a time, in ancient Ireland, there lived the Tuatha De Danann tribe of King Lir, the God of the sea.

Lir had a wife, Eva. They had two delightful children, Fionnuala and Aodh, who were extraordinary swimmers. Why were they extraordinary, you ask.

They had webbed feet and gills for breathing. They were, after all, the children of Lir, the ruler of the land beneath the waves. 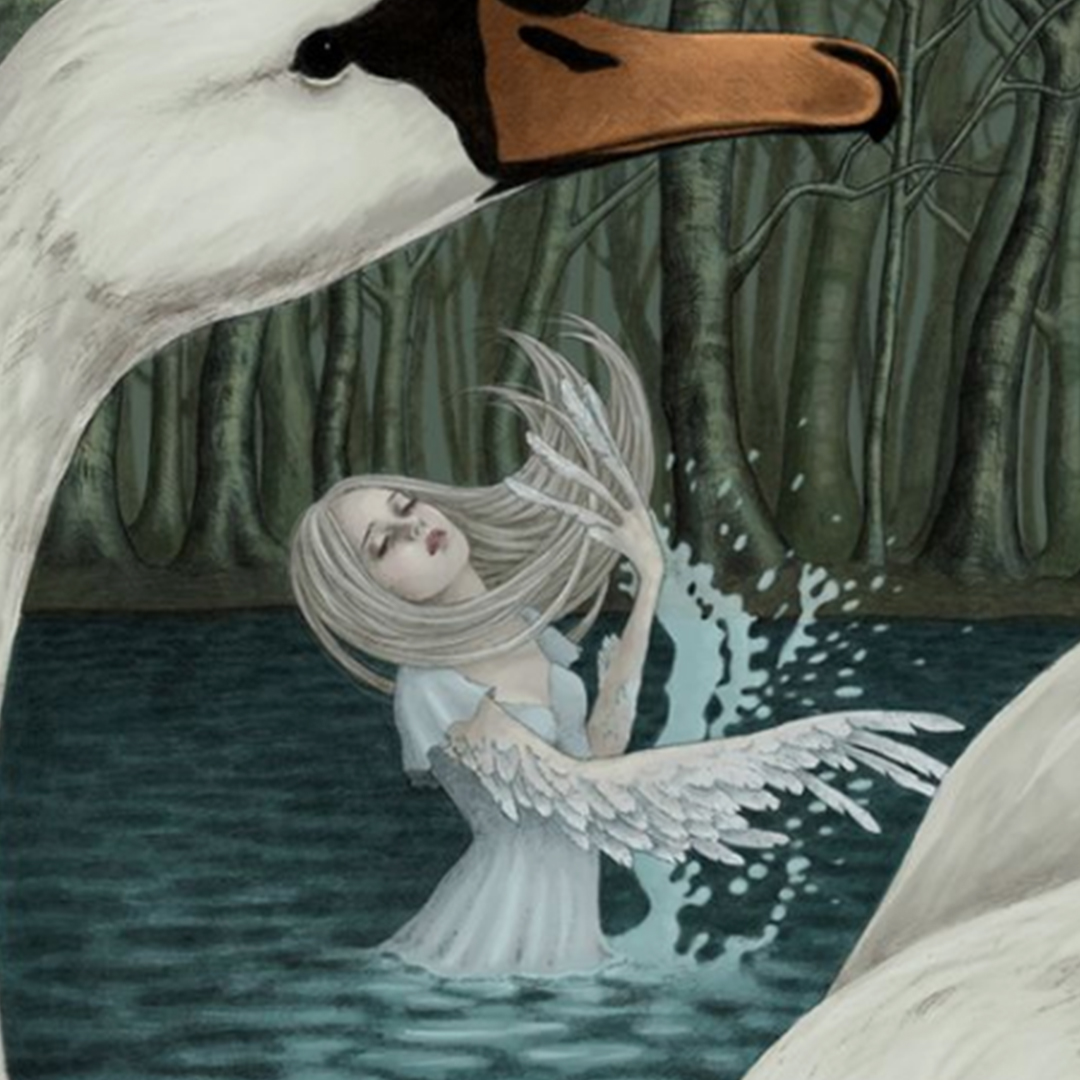 One breezy morning, a messenger interrupted their play to tell them that they were wanted by their father. The tone in the messenger’s voice alarmed the children. And so they hurriedly ran back to find their father in despair.

“Father, what seems to be the matter?” they probed.

“Your mother has given birth to twins.” He replied, his voice trailing off.

“What do you mean, father?” they asked

“She will have to recover for a thousand years. Perhaps more.” Lir said. “So, you will have to look after your new twin brothers, Fiachra and Conn.”

The children, not understanding what this meant, kissed their mother for the last time, held her hand, and left.

The children grew tall and strong. But as the years went on, Lir’s sadness weighed heavily on him. That was until he met Aoife, his dead wife’s sister.

Aoife was beautiful. She had long raven black hair, and hands that were as delicate as flowers. She also possessed magical powers. Soon, Lir married Aoife.

The family was again complete. And for a time, thrived with Aoife as wife and mother.

But Aoife secretly harbored jealousy over Lir’s love for his children and the children’s love for their dead mother. It took a toll on Aiofe’s health. She fell ill for a year but recovered as a changed, strange woman.

One day, Aoife took the children to visit their grandfather. But this was a ruse. On the journey to her father’s kingdom, she had the caravan stop by a lake for a swim.

The four children happily played and splashed in the water – unaware that their evil stepmother stood on the water’s edge, donning her father’s magic cloak!

“For too long have you children stood between Lir and me! From this moment forth, this shall be no more!” she chanted.

“We cannot die by your hand!” Aodh cried, “We are the children of Lir! Harm us, and our mother’s ghost will forever haunt you!”

“… but you will not die.” Aoife cackled. “I am only going to turn you into swans!”

When she said this, she began to summon magic with her hands. The children were now trembling in fear as they saw a gold and red sphere rise from the water to envelop them. Aoife’s cloak flailed open, and out came a great ball of fire that burned all that came on its path.

The fireball was so massive that masses of steam began to rise around the children. And soon, the children could no longer feel anything in their heads, shoulders, arms, and legs.

Aoife let out a wicked cackle.

When they regained their sight and managed to see beyond the steam, they hurtled towards Aoife. They pounded on her with their fists. But to their astonishment, nothing happened except the splashing of water.

When they turned to look at each other, they each realized, to their horror! They had been turned into swans! 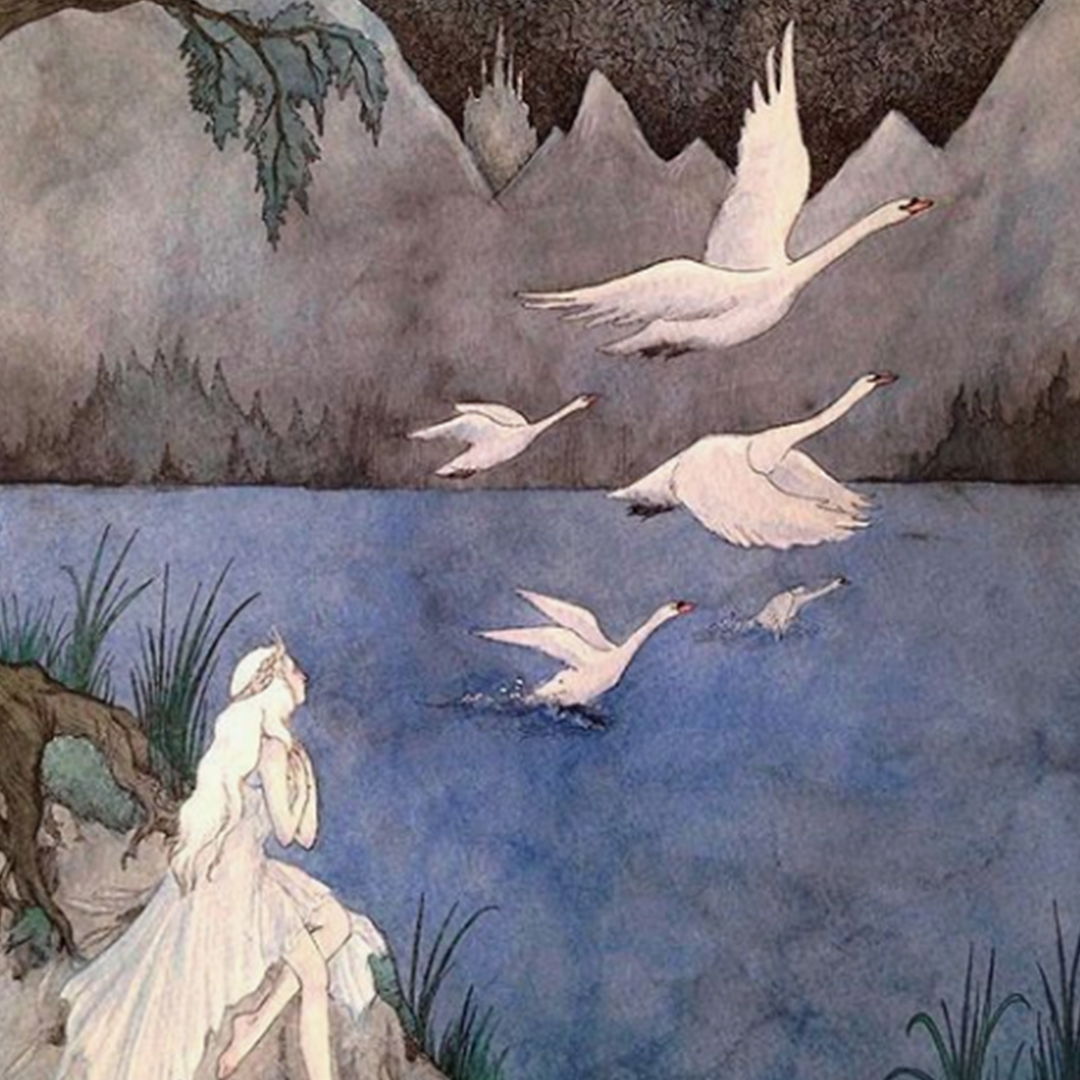 To break the spell, each of them would have to hear the bell of the new God.

Aoife left them with a parting gift. “I leave you with your voice and the most beautiful songs ever heard.”

Soon after, Lir combed the kingdom for his children. But Aoife told Lir that all his children were dead, as they were killed by wild boars. But Fionnuala, who was now a beautiful swan, approached her father and told him the evil that Aoide had done.

Lir was infuriated! He banished Aoife into exile but had turned her into an evil demon of the air.

Lir was heartbroken once more. He visited his children faithfully. He did everything in his power to keep them safe and joyful. The time came for the children to leave for the Northern Straits of Moyle. But unlike their first three hundred years, their time on the Straits of Moyle was not joyful. They did not see their father as storms separated them.

They flew over land, hoping to find their father’s kingdom. But they found nothing but ruins. The time of Tuatha De Danann was no more. And so they wept.

The children traveled West to Inish Glora and found sanctuary by a small lake. Time passed so slowly.

One day a man named Mochua was walking by the lake. He was old, and the children were eager to know if he was a disciple of the new god. The man was startled at the swans who spoke.

“Are you a holy man?” asked Fiachra, one of the twins.

“I am,” Mochua replied feebly.

The children knew that to break the evil spell, they would have to hear the bell of a new god toll.

Mochua spoke to them about his new god, Saint Patrick, who had brought his faith to their land.

The children were filled with joy, for they knew that this was the god their stepmother told them about.

For many years, Mochua stayed with the children. He had given them a sanctuary in a small chapel he had built. He gathered old shields, swords, and scraps of metal to make the bell that would break the spell.

Soon the bell was complete and ready to be tolled.

But disaster struck! A warrior dressed in armor barged into the chapel. He had come for the swans who were renowned for their beautiful singing.

“I am Liargren, King of Connaught!” he bellowed.

“My wife, the queen, desires the swans. I will have them. Give them to me, or I will destroy this chapel!”

Fionnula looked at Mochua with horror in her eyes. She said that they would agree to go away with this horrid King in exchange for the chapel’s safety.

At this, Liargen was stunned to hear the beautiful swan speak. He ordered all his men to take the children away. But as they were being loaded onto a wagon, the church bell rang.

Time stood still. In an instant, an enormous white mist shrouded the children. The very same sphere that covered them 900 years ago. The mist changed into all colors of the rainbow before a tremendous gust of wind blew it away.

The spell broke, and the children were at last, back into their human form. Liagren fled, never to return. Mochua baptized the beautiful children who had begun to age rapidly. They died soon after.

So it was for the children of Lir, the last of the Tuatha De Danann.

Do you have an Irish bedtime story that reminds you of your childhood?

We’d love to hear from you in the comments section below!